Who is Gurdjieff and what is the origin of the dances ?

G.I. GURDJIEFF was a spiritual master. As a youth, growing up in a cultural crossroad between Turkey, Russia, Armenia and Greece, he was subject to a great variety of influences which opened his vision.  He developed a strong need to find the answer to the questions: “What is the purpose of life on earth?” and “Who am I ?”… When he was twenty years old, he embarked on a twenty year spiritual search which brought him on astounding expeditions in Egypt, the eastern Mediterranean Afghanistan, Turkey, Central Asia, India, Tibet and the Gobi desert. 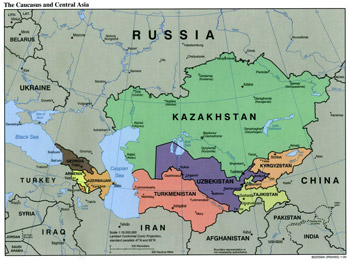 He discovered that much of a universal wisdom coming from ancient traditions was transmitted through music and dance. In temples, monasteries and special schools he visited, the dances were varieties of movements and postures that were similar to an alphabet, that could be read as books for those who could interpret it. So in the evening when the priests and the priestesses danced in the hall of the temple, one could read in these postures the truths that were implanted in them several thousands of years ago and which are transmitted in this way from one generation to another.

In 1912 Gurdjieff travelled back to Russia and devoted his life to sharing what he had learned. He made tradition becomes contemporary. All of Gurdjieff’s teaching is very practical; he firmly proclaimed the importance of the body and physical work in the transmission of his teaching. An important part was the teaching of “sacred dances” or “sacred movements” or “sacred gymnastics” which he adapted or created or choreographed himself for the modern man. In collaboration with De Hartmann he also created the music for the movements…